The cowslips are out by Jericho Cottage, the forget-me-nots glow in the hedgerows of Trewartha. It’s a perfect late Spring day, and as I amble down the exquisite, tumbling-stream valley of Trevellas Coombe, towards the distant Atlantic, it’s difficult for me to believe this snoozing corner of west Cornwall has been anything but lovely, remote, and serene.

Another hundred yards shows me that this is an illusion. Suddenly the trees surrender to slopes of scree, and I am surrounded by gaunt and ivy-clad ruins, random chimneys and haphazard spoil-heaps. The tallest and noblest of these derelictions are the engine houses. Featured in many backdrops of the TV series Poldark (whose second season begins next week) these structures were raised to shelter enormous pumps and wheels: used for winching men underground.

Because this is – or was – mining country.

A hundred and fifty years ago this part of Cornwall was exactly the opposite of “serene”. It was one of the noisiest, most industrious places on earth, producing half the world’s tin and most of the world’s copper. It was a place of suffering and strife, of arsenic pits and fierce poverty, a place where ten-year-old girls – barefoot “bal maidens” – hammered ore-bearing rocks in the open air, a land where thousands of men died before they reached 40.

Clearly, touristic West Cornwall sounds less appealing, when you describe it like that – as a post-industrial landscape par excellence. After all, people flock to England’s gilded southwest for cream teas and gnarly surf breaks, for the fishing villages and Poldark and Cornwall’s fashionable new restaurants. They don’t want to hear about young boys working in tunnels. And yet, if you follow the epic, UNESCO-listed heritage of Cornish mining, around this coast, from St Agnes to St Mawes, via Zennor and Penzance, it can take you to some of Cornwall’s finest yet least-known landscapes. And you still get to visit pretty hamlets, and eat the freshest scallops.

So that’s what I am doing; and this will be a rather personal journey. Because many of my Cornish ancestors worked these pits. In fact, my grandmother Annie Jory was a bal maiden in these same clifftop mines of Trevellas. Now I’ve written about this brutally unique mining heritage, in a novel – The Fire Child – published this summer. So I am revisiting the grandeur.

And what grandeur it is. A short hike eastwards, up the sea-pinked, bluebelled cliffs, towards Porthcurno – and the view opens out. Gazing west, I can see right along the coast, from charmingly scruffy, boozily bohemian St Agnes, past the Romanesque arches of Wheal Coates tin mine, high above Chapel Porth (great for surfing), to the wide golden arc of Hayle sands, shimmering in the afternoon sun.

It’s time to return to my hotel, Rose-in-Vale, lost in its dappled gardens, there to eat some razor clams and chorizo, washed down by Tribute, a crisp and delicious pale ale, brewed in St Austell. The name “Tribute” comes from the Tributers: the freelance miners who risked their necks for a slice of mining profits.

Next morning, I wake to more blazing Spring sunshine. I’m heading to Carbis Bay, with its laid-back beach cafés, rather chic hotels, and Celto-Ibizan buzz – and a gorgeous half-hour coastal walk into St Ives.

The footpath curves in and out of tamarisk woods, above coves of pale emerald sea-waters, and arrives at Porthminster Beach, in St Ives, where they’re having a food festival on the sands. It costs me two pounds to get in (“but you can come and go as much as you like”, says the smiley lady with the coins in her bucket, “don’t want you goin hungry, my lover”).

There’s little chance of my goin hungry. In recent decades Cornish food has undergone a splendid transformation: where once all was cod & chips and too many carbs, now you can’t move for craft beers and artisanal cheeses, Cornish perry and Knightor brut, and, of course, all that world-class seafood: Helford oysters, Fal River mussels, Coverack sea bass, Port Isaac lobsters.

Getting progressively happier (OK, progressively squiffier) I wander from stall to stall, sampling Tarquin’s Cornish gin, Katie’s Cornish hotpots, Polgoon’s Cornish Cider, Harding’s Cornish charcuterie, Emmental Cornish gin (or was it Tarquin’s again, I forget) and I end up watching Ping the 2014  Masterchef Champion show everyone how to cook tamarind, in an airy marquee, as the angled sun slants over Virginia Woolf’s beloved lighthouse: Godrevy.

Unsurprisingly, this day of indulgence earns me a hangover, but I know exactly how to sweat it off. By tackling the cobweb-clearing cliffs that begin just outside St Ives. The wild land of West Penwith.

If you want to understand Cornwall’s history, and how it intertwines with mining, you really must come here. For starters, Cornish metal extraction began on Penwith’s haunted coastal moors – with rudimentary tin streaming, sometime around 2000BC. The same men who flushed the glittering black tin, from the granite, also built the characteristic moorstone field-walls around Zennor village (with its brilliant pub, The Tinners – make sure you stop for lunch). These walls are possibly the world’s oldest human artefacts still being used for their original purpose.

The superlatives peak at Botallack. Comprising two engine houses perched spectacularly on a daunting cliffside, with tunnels that stretch for a mile under the roiling sea, Botallack’s twilight-of-the-Gods architecture has been attracting sightseers for 200 years.

One visitor, who came here in the heyday of tinning in the 1840s, describes how boats would sail up the night-time coast, and then drop anchor, to gaze in astonishment, at the sight of Botallack mine: blazing away without cease on the soaring cliffs.

It was, surely, one of the great spectacles of the early industrial world: the rising and falling beams of the fire-whims, the red-hot glare from boiler house doors, the never-ending crashing of the stamps. And then, most magnificent of all, the mighty fires of the smelting houses lit by fountains of molten metal, springing up fifteen feet into the midnight air, then splashing back into the basin, like majestic geysers of quicksilver.

Now, incredibly, all is quiet. As I stand here on the edge of the cliffs, the only sound is the drift of the sea, which sings its consolation to the ruins.

The day has turned cold, and maybe drizzly: it’s time to head round the Victorian chimneys and Neolithic tumuli of Cape Cornwall (much superior in grandeur to Land’s End), and make for the softer, southern coast. En route, I pass through salty, characterful Penzance – once the point of departure for 50,000 Cornish miners, who lit out for the world when their own mines went bust; I also get a glimpse of St Michael’s Mount, which is probably the Isle of Ictis: used for tin-trading by the Romans.

My final destination is Idle Rocks Hotel. One of the best new small hotels in Europe (with a restaurant to match), perfectly located above the dainty harbour of prosperous, yachty St Mawes, it seems a world away from the grisly tin trade – especially when you sit on the sun-blessed terrace and guzzle native oysters with silver ice-buckets of Cornish bubbly. Yet the history of Cornwall’s mineral riches has a part to play here, too.

Across St Mawes harbour lies St Anthony Head. On my last morning I walk the coastal path from St Anthony lighthouse, towards Place Manor (a private country house, right on the sea). The route is deeply inviting and agreeably quiet – copses of pine and oak gather around coves seemingly purpose-built for secretly amorous picnics. Then the path curves onto a tiny, sheltered beach.  The waves are mere whispers. A stillness prevails in the trees. I am alone with the statued herons.

It feels like a sacred place, and it is. Because this tiny beach is where, it is said, Jesus landed as a boy, with his Uncle: Joseph of Arimathea. After Jesus died, Joseph supposedly remembered this sweet Cornish strand, and returned, this time bearing the Grail, which he then transported across country to Glastonbury. This beach is, in other words, the cradle of the same ancient fairy story which inspired William Blake’s Jerusalem, and so many Grail legends.

Why would Joseph of Arimathea come here, even in legend? Because he was a tin trader – he came for the metal. Which really proves the point: even in its most romantic, important myths, tin is deeply woven into Cornwall’s history, it’s a crucial part of what makes Cornwall special, strange, compelling. Take the mining away, and Cornwall is diminished.

What’s more, as I make my way home along the cow-parsleyed lane, thinking of my grandmother Annie Jory, working as a barefoot girl amidst the fearsome mine-heads of Trevellas, it occurs to me that Cornwall is perhaps the first place in the world where a tormented, post-industrial landscape has finally become poetic, maybe even sublime. Which is surely something worth celebrating. Perhaps with Porthilly oysters, and Camel Valley wine. 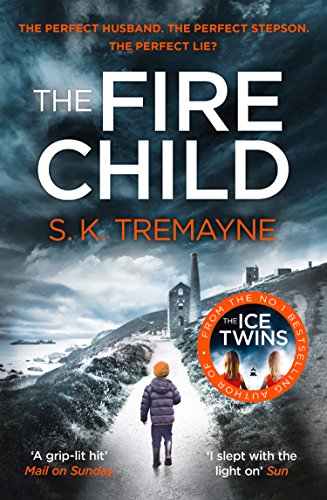