It’s one of the questions that all published writers are most frequently asked: how do you work? What is your daily routine? When do you have a break for coffee, wine, sleep, sex, and DVD box sets? And it’s a very fair and wholly understandable question, because being-an-author is cagily mysterious and intriguingly opaque to most non-writers: who often have a 9-5 routine handed to them, for good or ill.

But it ain’t just the mystique that motivates this curiosity. Another reason people ask the question is, I think, a form of jealousy – they envy what they see as the leisured freedom of the writer. They envy “the sh*t in his shuttered chateau, who does his 500 words” – as Philip Larkin put it (Larkin was an impoverished poet, forced to work in a library by day, so he envied his richer, professional, novel-writing friends, like Kingsley Amis).

So here’s my routine. In the early stages of a book, I do act like the kind of writer that irked Philip Larkin. I get up at about 9.30-10am, have oodles of coffee, and then go straight to it. Straight to the desk.

Then there’s an almighty, Wagnerian struggle not to spend five hours on the internet (a war I sadly lose, at least twice a week). If I do manage to avoid Twitter, Facebook, obscure online arguments, and that video of a dog rescued from a tornado in Oklahoma, I then go to work, and I write hard and solidly for about…. Two or three hours. Then I knock off, and do other stuff. Swim, walk, chat. Sleep.

I know, I know. Two hours! That’s my working day. At first. And I do two or three hours (at most) because that’s all the creative time and energy I have in my brain, to conjure things ex nihilo, to make stuff  up – character, dialogue, plot, setting, weird creepy children – from absolutely nothing.

It sounds ludicrously short, but the funny thing is I am not alone in this routine. Lots of other fiction writers have reported that all they can manage is two or three hours of imaginative creation, then they collapse backwards on to the chaise longue, like the spent and semelparous salmon, dying in the shallows of his Alaskan stream. Roald Dahl, for instance, famously said: “Two hours of writing fiction leaves this writer completely drained. For those two hours he has been in a different place with totally different people.”

Some analysts actually believe there is a “two hour rule” – trying to write first draft original fiction for longer than that is futile. See here: http://thesiswhisperer.com/2011/03/24/how-to-write-1000-words-a-day-and-not-go-bat-shit-crazy/

OK, so now you are jealous. But let me reassure you. Those two-three hours can be quite exhausting. Sometimes I literally slump forward at my desk, head rested on the laptop, which I have hopefully closed. Other times there is an enormous urge, at the end of that shift, to be a bit daft – to get very drunk or indulge/reward yourself in some other way. If I’m feeling like I’ve done really good work I will award myself a couple of glasses of wine. At lunch. Or maybe before.

Sounds bad. But you know what? – I’m a lightweight. Many other writers were way more hedonistic, or idiotic (take your pick). F Scott Fitzgerald gargled neat gin from lunch to supper. William Faulkner preferred whiskey. By contrast, Marcel Proust inhaled opium-based powders and adored caffeine tablets (though he supposedly survived, food-wise, on a total of one croissant every 18 hours).

That’s why I’m sticking with my two glasses of wine. Doesn’t seem so bad, when you read the daily routines of the greats.

But enough of the bad artistic habits: what happens later in the writing-process, when it comes to the multiple rewrites, the myriad redrafts, the endless copy-edits and proof-edits? This is when it gets way tougher, at least in terms of time utilised. During the most intense period of editing, I can sometimes work for 16 hours in one day. Then again the next day. Then the next. At times I’ve worked so hard I’ve knackered my immune system and ended up with really quite nasty bugs.

And then, at the end of it, you get your reward, a book which probably doesn’t quite match the original conception, a book which, perhaps, very slightly disappoints you, but heck – you’ve WRITTEN A BOOK! That’s the time to properly crack open the champagne. Even if it’s not Ulysses, you’ve achieved something quite rare. Every writer should indulge herself at that moment.

Because, the very next day, you’ve got to wake up and have a brilliant new idea. And that’s the hardest task of all. 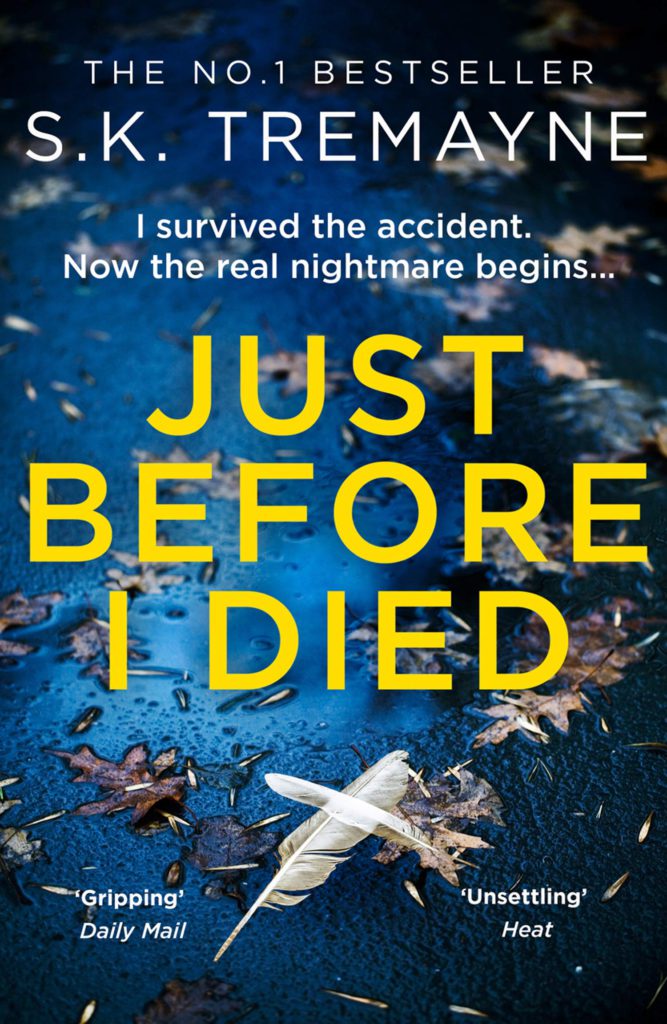 Just Before I Died

How long can they keep you in the dark?