A Little Island Off Skye

My personal association with the beautiful, inaccessible tidal islet of Eilean Sionnach, just off Isle Ornsay in Skye, goes back to my own childhood. Though I didn’t know it at the time. And I certainly didn’t know that I would one day write a thriller set there (gently fictionalised as “Torran Island”).

To explain. I was seven years old, and my sister ten, when my mother took us to see a film called Ring of Bright Water. Released in the late 60s, this film is an adaptation of Scottish author Gavin Maxwell’s autobiographical classic, about a lonely man’s relationship with a wild otter. The movie starred Virginia McKenna and Bill Travers from the African lion epic Born Free.

Mostly, my sister and I loved this movie. We were thrilled by the playfulness of the otter. We delighted in the scenes where Mij the otter misbehaves: on a fight to London, on a night train to Scotland. Indeed we gurgled quite happily until the final scenes of the film, when, quite suddenly, Mij is killed by a labourer: sliced in half with a spade.

At this point, my sister and I stared at the cinema screen, stunned. When it became apparent Mij wasn’t coming back, that they really had just killed him, we started crying – big gulping sobs. My mum urgently hustled us out of the Odeon in Hereford, along with lots of other mothers with lots of other crying children, but outside, in the car, and all the way home, my sister and I continued to howl. We were wholly inconsolable. It took a good few days for us to calm down.

Yet I remained perplexed by the way the movie had affected me. It stuck in my mind the way few kids’ movies do.

Fast forward fifteen years. When I was 22 an older friend of mine told me she had bought a little tidal island off Skye, called Sionnach. Shortly afterwards, she invited me and a few mates to stay on her island, to row to the pub in Isle Ornsay, to fall in the freezing seas, to hunt for antlers on the silver beaches, and to wrestle with the lack of reliable electricity. Here’s a picture of us, looking ridiculously young, outside the cottage. I’m third from the right. 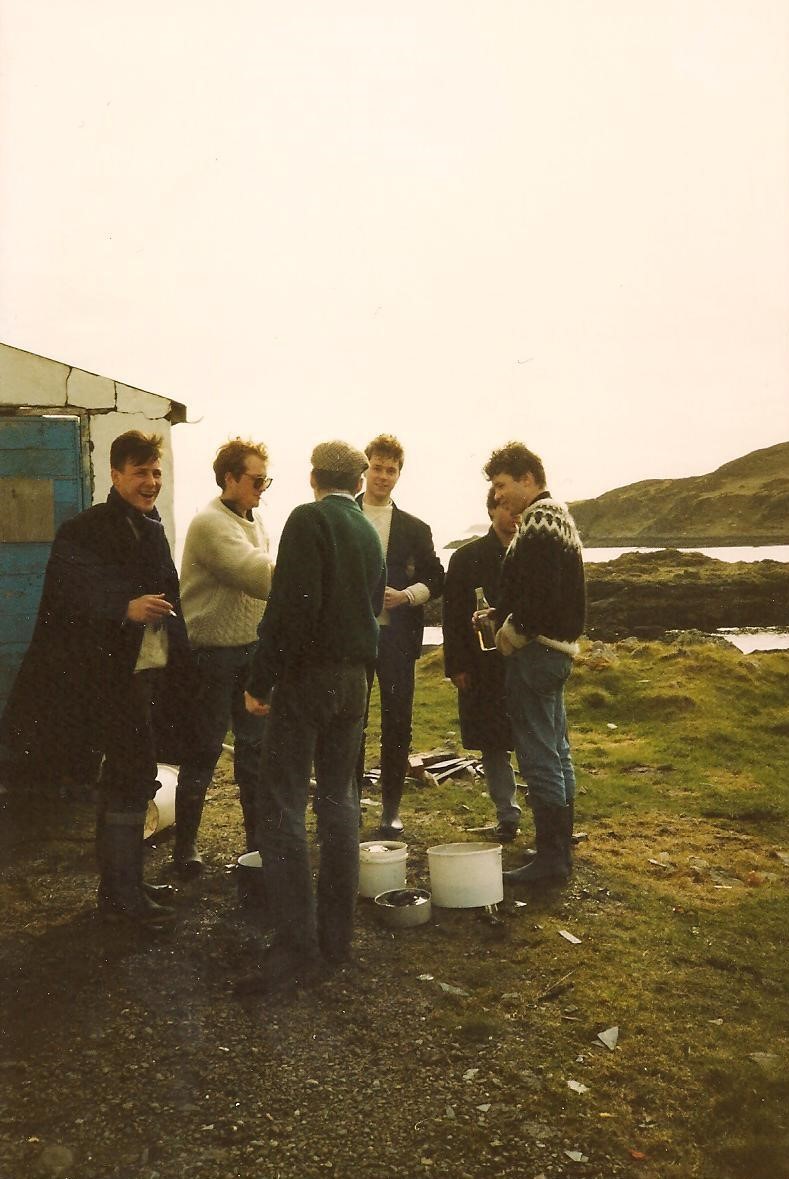 Naturally, we had a great time: we were all in our early 20s. Yet as the days went by I realised I was distantly troubled by Sionnach, it was touching me in an unexpected and disquieting way.

And that’s when I sat down at my friend’s bookshelves, by the big windows, gazing over the Sound of Sleat, and I saw a dozen titles by Gavin Maxwell, and it belatedly dawned on me: this was the real-life setting for Ring of Bright Water. Gavin Maxwell had once owned Sionnach itself (his big wooden bed was actually my temporary bed) and the place where he lived with the otter, Mij, was Sandaig Bay (“Camusfearna” in the book). Sandaig was just across the Sound  – actually visible from Sionnach on a good day.

It was the beginning of a mild but lifelong obsession with Sionnach, Maxwell, and the Hebrides. Over the course of many return visits to the Highlands and Islands, I pieced together Maxwell’s life, and tried to work out why his book – and the consequent movie – and the piercing beauty of the Hebrides – had such potency.

To put it as briefly as possible (if you want more information, see the excellent biography by Douglas Botting), Gavin Maxwell was a troubled man with a troubled background, a snobbish, boozy, charming, chain-smoking, manipulative, nihilistic, manic-depressive gay loner. A young man given to drunkenly racing his various sports cars at 150 mph.

What saved Maxwell was the war – and Maxwell’s love and understanding of the natural world. In 1940 Maxwell was made an officer in the Special Operations Executive, training agents in the remote but glorious Scottish peninsula of Knoydart. When the war ended, Maxwell opted to stay in this place he now loved so much: the inner Hebrides. He bought a boat, intended to hunt basking sharks off Soay, near Skye. The business failed, but it produced his first best-selling book, Harpoon at a Venture.

The slender blond aristocrat was now a literary celebrity, travelling the globe, writing about Morocco, Sicily, and Arabia. It was in the last place that Maxwell met the love of his life. A baby otter from the Iraqi marshlands, named Mijbil – ‘Mij’ for short. Capriciously, Maxwell opted to take the playful, wilful Mij from Basra to Cairo, then all the way to London and Scotland. It was this remarkable and hair-raising journey that became the famous scenes in the eventual movie.

Despite their mishaps, the pair safely attained their new home,  Sandaig Bay, just across from Eilean Sionnach – “Torran Island” in The Ice Twins.

Like Sionnach, Sandaig was devoid of electricity or telephones, and at least an hour’s hike from the next human being. Yet it was a paradise for otters. There was a waterfall at the back, two burns either side, a ribbon of rabbity dune, and a stretch of private coastline endowed with seals, eider ducks, rorqual whales, and lots of fish.

For one long, glorious Hebridean summer Gavin Maxwell lived totally alone with what was essentially a wild animal. This was not a human/pet relationship, but a friendship, a partnership, perhaps even a kind of love affair.

The eccentric idyll couldn’t last: human relationships intervened. In the spring of 1957, Maxwell was obliged by business to leave a friend alone at Sandaig with Mijbil. A few days later Maxwell’s friend, the poet Kathleen Raine, lost track of Mij. The wandering otter was killed by a roadmender that same afternoon.

In the years following Mijbil’s death, it is fair to say Gavin Maxwell fell out with Fate. Maxwell acquired more otters, but they turned on their keepers, attacking Maxwell’s friends, once almost fatally. In the early 1960s Maxwell took a wife, but there were no children. Soon after this awkwardly brief marriage, Maxwell crashed a car. The accident left him semi-crippled.

Even Maxwell’s literary success came at a cost. His account of life with Mij, Ring of Bright Water (the phrase came from a poem by Raine, a description of the burns that circled Sandaig) sold two million copies, making him the biggest selling author in the world.

But this fame meant fans, and fans meant that Sandaig’s once splendid isolation was compromised by endless visitors. The house at Sandaig burned down in October 1968: which is why Maxwell bought Sionnach. But he never had time to enjoy the cottage across the Sound, even though he described its location as being even more beautiful than Sandaig. A few months after the awful fire, the weary Maxwell yielded, with dignity, to lung cancer – aged 55. He lived just long enough to applaud the film adaptation of the famous book.

So what does this intense, and rather tragic life story say about Sionnach and the Inner Hebrides? How does it relate to the genesis of The Ice Twins?

Thirty years after visiting Sionnach with my boozy pals, I revisited it with my daughter Lucy. That’s us in the second photo, standing in the exact same place as the first photo. 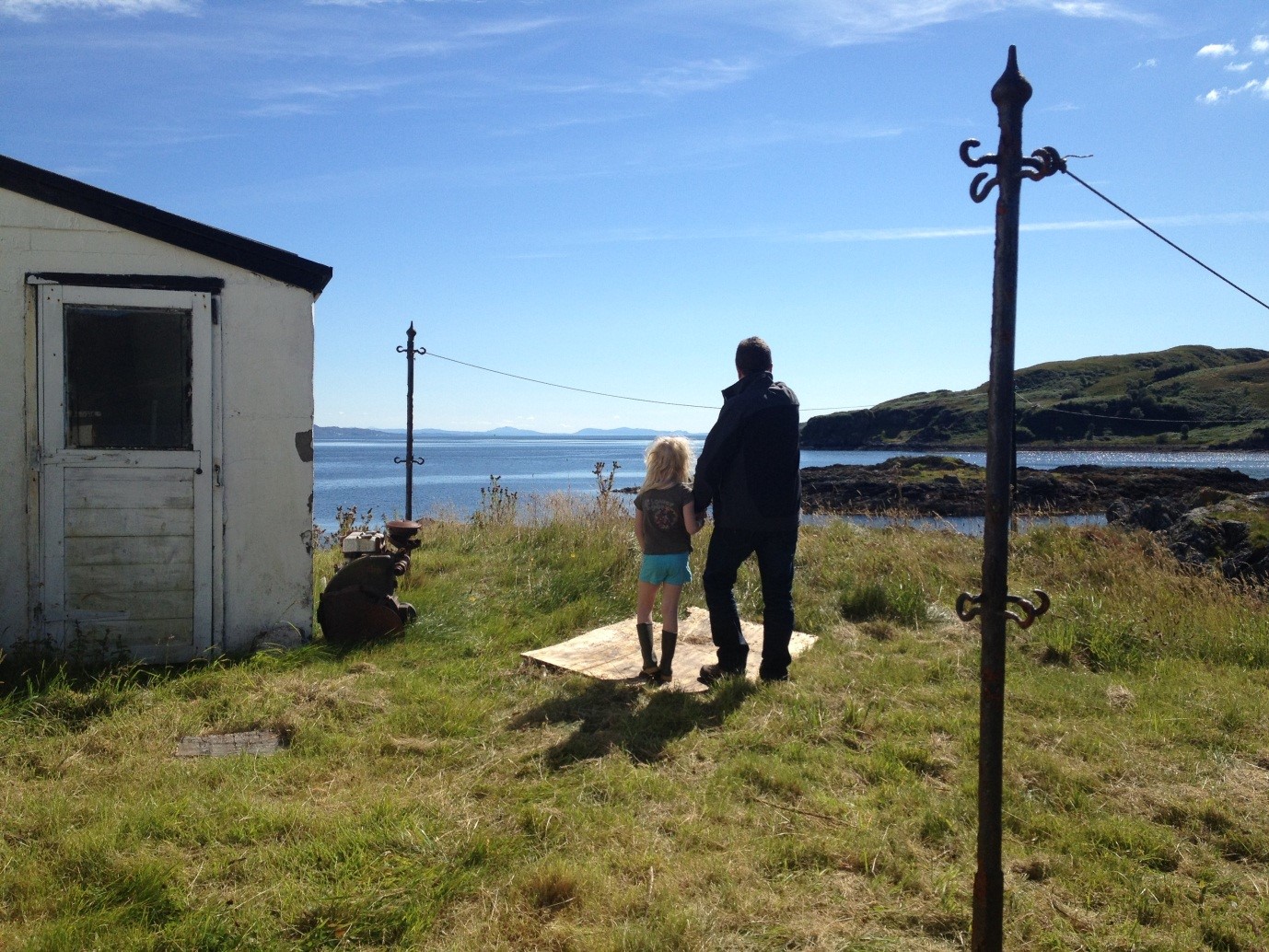 By the time of that visit with Lucy, I had begun to understand the symbolic power behind Maxwell’s masculine yet lyrical prose. And this was because I was now a father: responsible for the happiness of a wild and beloved creature, my six year old daughter. I had, in other words, realised that Maxwell’s description of his remarkable, deeply personal relationship with the playful, liberated, funny, vulnerable, precious, untameable animal is a brilliant and perhaps unwitting allegory for any parent’s life with a swaddled newborn, an incomprehensible toddler, a feral infant. You look after this strange amazing creature, because you love them, because they mean everything to you, but in the end you have to let them go.

And there’s the second key. You have to let them go. At some point the child grows up, their marvellous unselfconsciousness departs, they become an adult. In Maxwell’s book this moment of necessary loss is represented as an actual death. Mij is killed.

That summer of 2012, when I played with Lucy in the rockpools of Sionnach, wondering how long she would remain so sweetly  innocent, so singularly enchanted by Nature (“Daddy Daddy there are crabs here, crabs!”) I realised that Ring of Bright Water was and is a new version of the Fall. It talks to us all, because we are all creatures in exile: we all yearn to stay in Eden, and then to be reunited in Eden.

Crucial to the power of Maxwell’s book is his choice of location. The Inner Hebrides have a very particular beauty: at once melancholy and sublime, lovely yet cruel. A paradise which always recedes from us, in the endless rains and fogs. Therefore an ideal backdrop to a tale of human loss, and forsaken happiness.

I vividly remember the last morning of that little holiday with my daughter. We had intended to stay five days, but we cut it to three. Despite the amazing beauty of Sionnach, its austerities had defeated us: the battering winds, the lack of proper electricity and phone lines, the water which tasted of salt, the saucepans which tasted of fish. At lowtide I yomped across the mudflats, and asked a friend to come and fetch us in his boat, to rescue my daughter and her mother with all our bags.

We were happy to leave Sionnach, yet deeply regretful at the same time. Paradise Lost. As my friend poled the boat from the little beach, into the cold clear waters, I looked back at the cottage under the lighthouse, and wondered how beautiful and horrible it must be in the depths of December.

At that moment I knew I would return to experience a winter week, alone in Sonniach. Because, at that same moment, I got the first sense of a story I could write. A tale of domestic tragedy, and parental guilt, and potential ghostliness. Faintly discerned through a freezing mist. 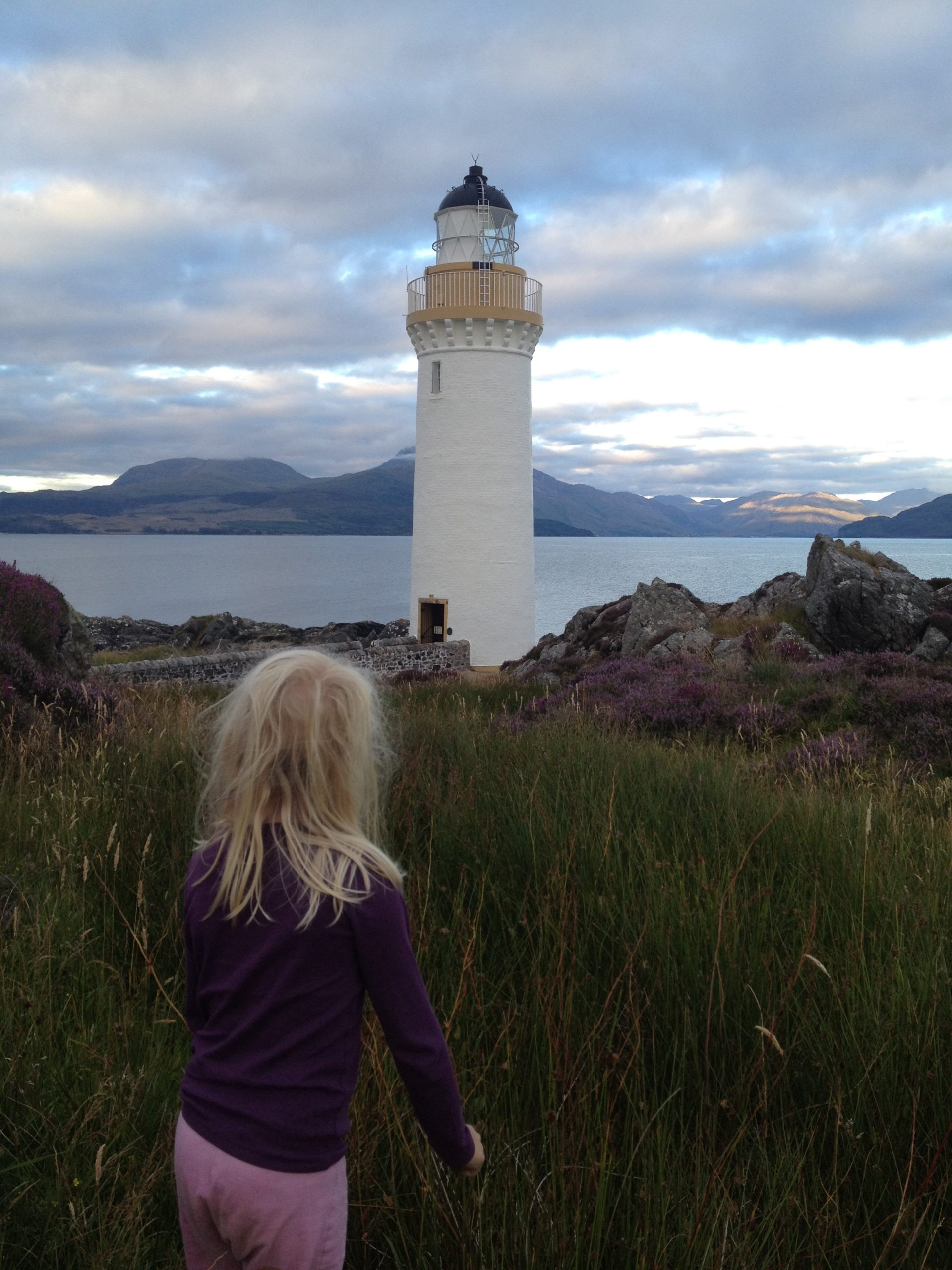 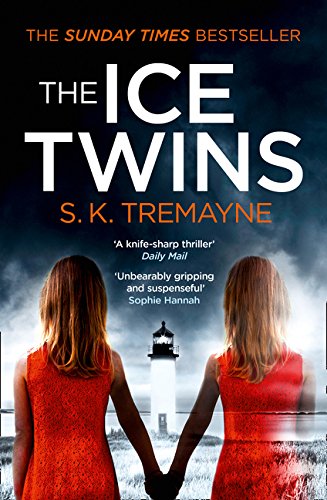